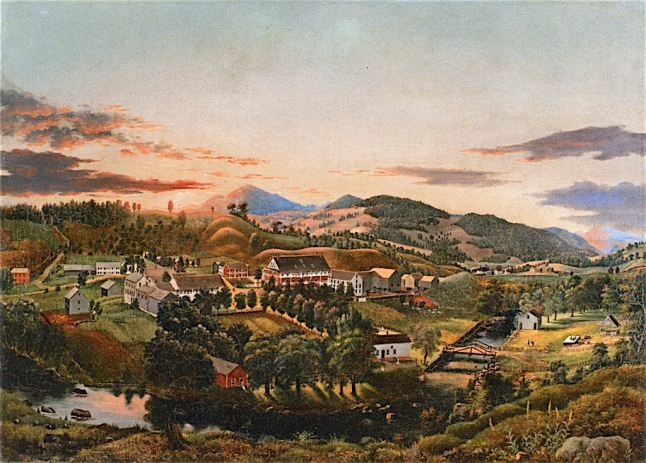 James Hope was born in Scotland and, following the death of his mother, accompanied his father to Canada. At the age of twelve he was orphaned in a cholera outbreak. Soon apprenticed to a wagon maker in Fairhaven, Vermont, he quickly demonstrated that his native intelligence and artistic talent precluded a tradesman’s career. With money saved he attended the Castleton Vermont Seminary for a year and took up portrait painting. He painted in Rutland, Vermont in 1843, but moved to the more lucrative market of Montreal from 1844 to 1846. Upon leaving Montreal, Hope reestablished in Castleton and devoted himself to landscape painting. In 1849 Frederic Church worked for a summer in nearby Clarendon Springs, and it seems likely that he influenced Hope to focus his attentions on New York City. Cont